When I Have Fears That I May Cease To Be 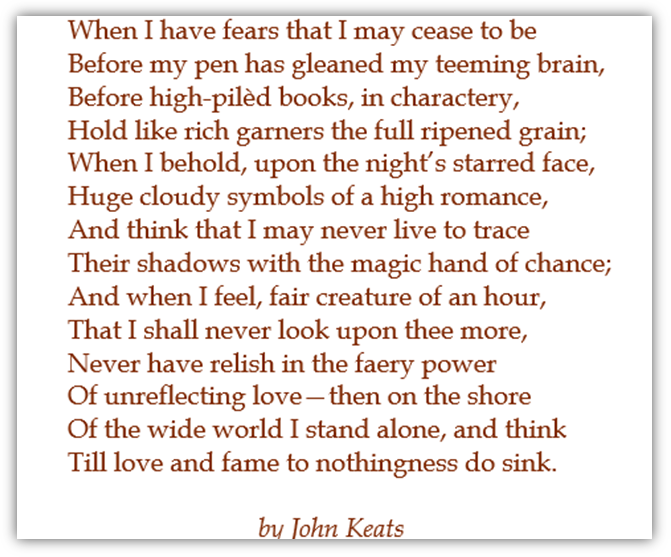 "Night Singing in a Time of Plague," by Ruth Padel

In her 2008 film Bright Star, Jane Campion allows the story of Fanny Brawne, muse and beloved of John Keats (Ben Wishaw), to bear weight equal to that of the poet.  The award-winning filmmaker become caught up in reading the letters between the two, as well as reading Andrew Motion’s biography of the English poet, which gives unprecedented attention to their romance. Campion, whose protagonists are often women, redeems Brawne’s literary reputation.  According to a New York Magazine article of September 2009, Fanny Brawne had been cast by critics as flirtatious and frivolous, had “….overtaxed her brilliant lover and had the tastelessness to publish his demonstrative love letters when his star was posthumously ascendant.” (Edelstein) The filmmaker disputes that take on the 18 year-old seamstress who captured Keats’ heart.  Her Fanny Brawne – as channeled by actress Abbey Cornish – is a creative clothing designer and a devoted nurturer who had mourned her intended’s untimely death for years afterward.

Delving into research on Keats and Brawne included Campion discovering – and falling for – Keats’ poetry.  His notion of “negative capability” – from in a letter to his brothers – became a guide for Campion as she directed Bright Star.  The silences and images, the choices made by skillful actors, and the rustic, unembellished settings transform Jane Campion’s film a sort of poem in its own right. 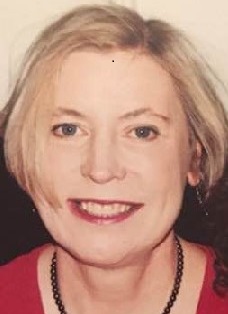